How To Deal With My Sensitive Brother In Law

How to deal with my sensitive brother in law. He is loving, caring but too much sensitive. He becomes angry if I become straight forward. 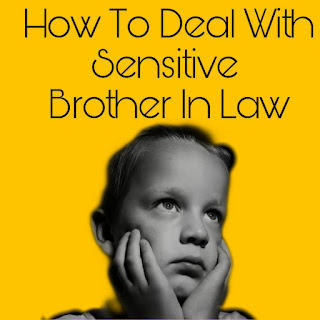 Mu husband wants me to sort out things lovingly but when I try to do it his way he does not take me seriously and even I forget to scold him and we both end up in funny conversation but that is not the solution.

But at this point of age if he will not take things seriously than later it will become major issue in his life when would have been married. Because being sensitive all the time is not the good thing. He needs to be growing up.

He is too close to me and the problem is I can not directly say anything to him because even I do not like to hurt him or his feelings for me. As I said he is too caring for me. And believe me he is so loving.

But how can I change him because my mother in law has given me his responsibility to take care of him and make him mature.

But I do not know how to deal with such sensitive boy?

If anyone here is reading these post than please do not leave this blog without answering. Because I am expecting answers from you.

Discover the Advantages and Disadvantages of Being a Housewife

Farewell Love Letter; The Most Beautiful Words To Say Goodbye

Teliya Talab Today At 11 AM, Dense Fog, Birds And Peaceful